On the Mendocino Coast

Last week, Darlene and I were able to spend six days following the Mendocino Coast (with the cats in the Traveling Cat Adventure Vehicle, of course), continuing north from where we left off on the Sonoma Coast in December, just north of Fort Ross.  We discovered that all the state park campgrounds were full going up the coast for the coming days but we kept managing to find something. 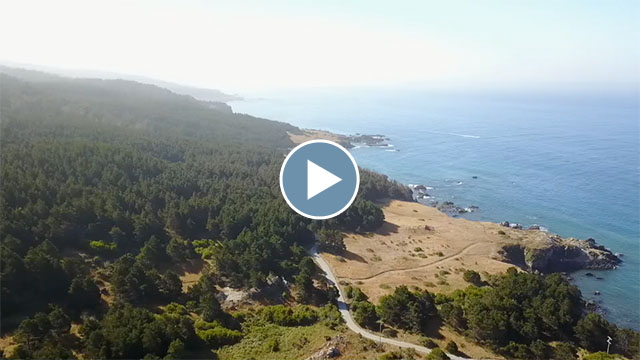 We stayed the first night at Stillwater Cove and then snagged a spot in an overflow area at Salt Point State Park, where we spent an afternoon mountain biking up to the top of the park and part of the morning flying the drone around.  We visited the Point Arena Lighthouse, which turned out to be more interesting than I expected and we snagged a nice spot in another overflow area on the beach at the Van Damme State Park.  We were able to grab a vacated spot in the park the next morning and then headed out to explore the Mendocino Headlands.  We also checked out the Russian Gulch State Park.

This area around Mendocino has a lot of cool sea caves – we’ll need to come back some time and book a guided sea kayak tour to check them out.  Fort Bragg turned out to be pretty uninteresting and we just passed through, stopping at MacKerricher State Park instead for lunch and to walk around.  Our final and fifth night was at Westport Union Landing State Beach overlooking the bluffs.  At this point, Highway 1 turns inland and you leave the coast for good.  Our last day was essentially spent just getting back home to lots of traffic jams.