I’ve already posted a series of galleries for most of our Colorado road trip: 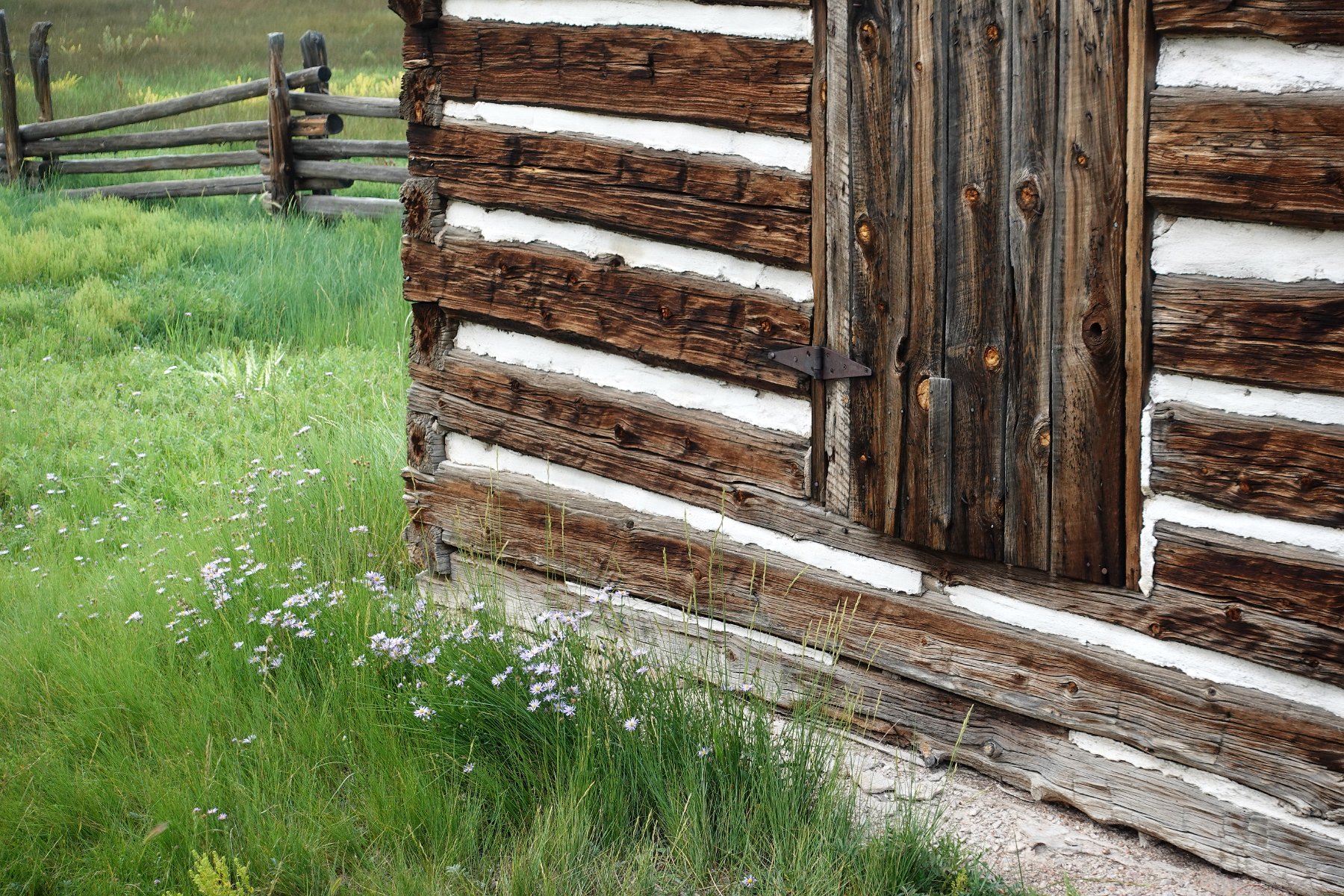 On the Shelf Road 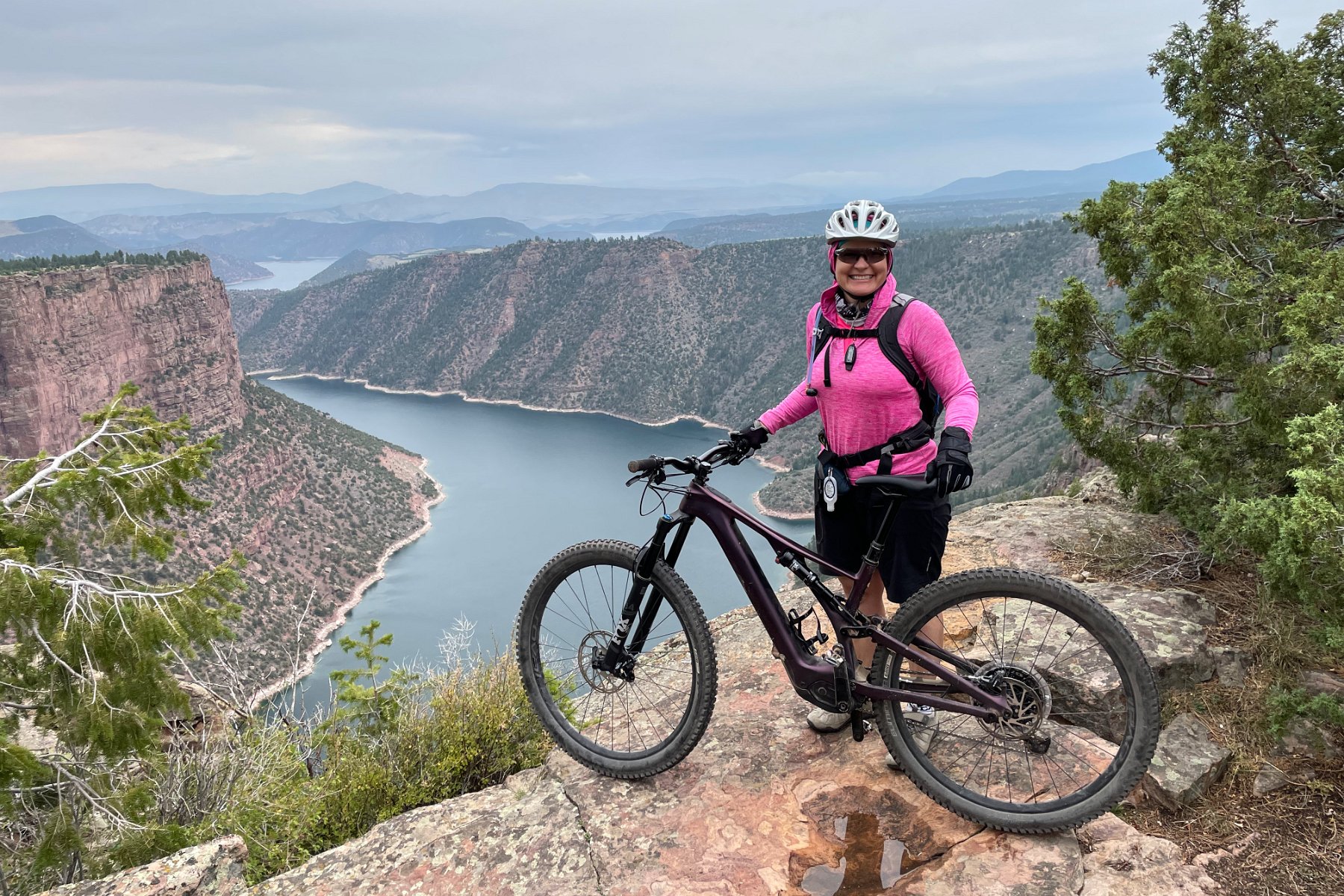 Our annual week of skiing and board gaming didn’t happen last year but we did manage to get together this year in Utah.  Bill, Kat, Jon, Stan, Tom and I all hit up Alta, Snowbird and Solitude over five days.  We had plenty of snow and a few extra inches here and there over the course of the week.  We also got in plenty of gaming: Diamant, Sushi Go Party, Bang!, Slide 5, Decrypto, Cheaty Mages, Codenames: Pictures, Ricochet Robot, Cutthroat Caverns and a partial game of Fury of Dracula. 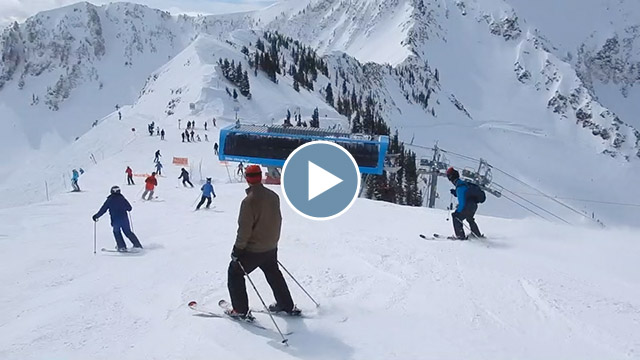 Click through for the full gallery of pictures from all of us:

I made a number of additional miscellaneous stops on my October road trip with Pan and Hera in the Traveling Cat Adventure Vehicle, including along a section of historic Route 66 in the Mojave Desert, on the road in northern Arizona and southern Utah, mountain biking outside of Zion National Park, and taking the tour of Hoover Dam.  This was over the course of two weeks (October 4th-19th, 2017). 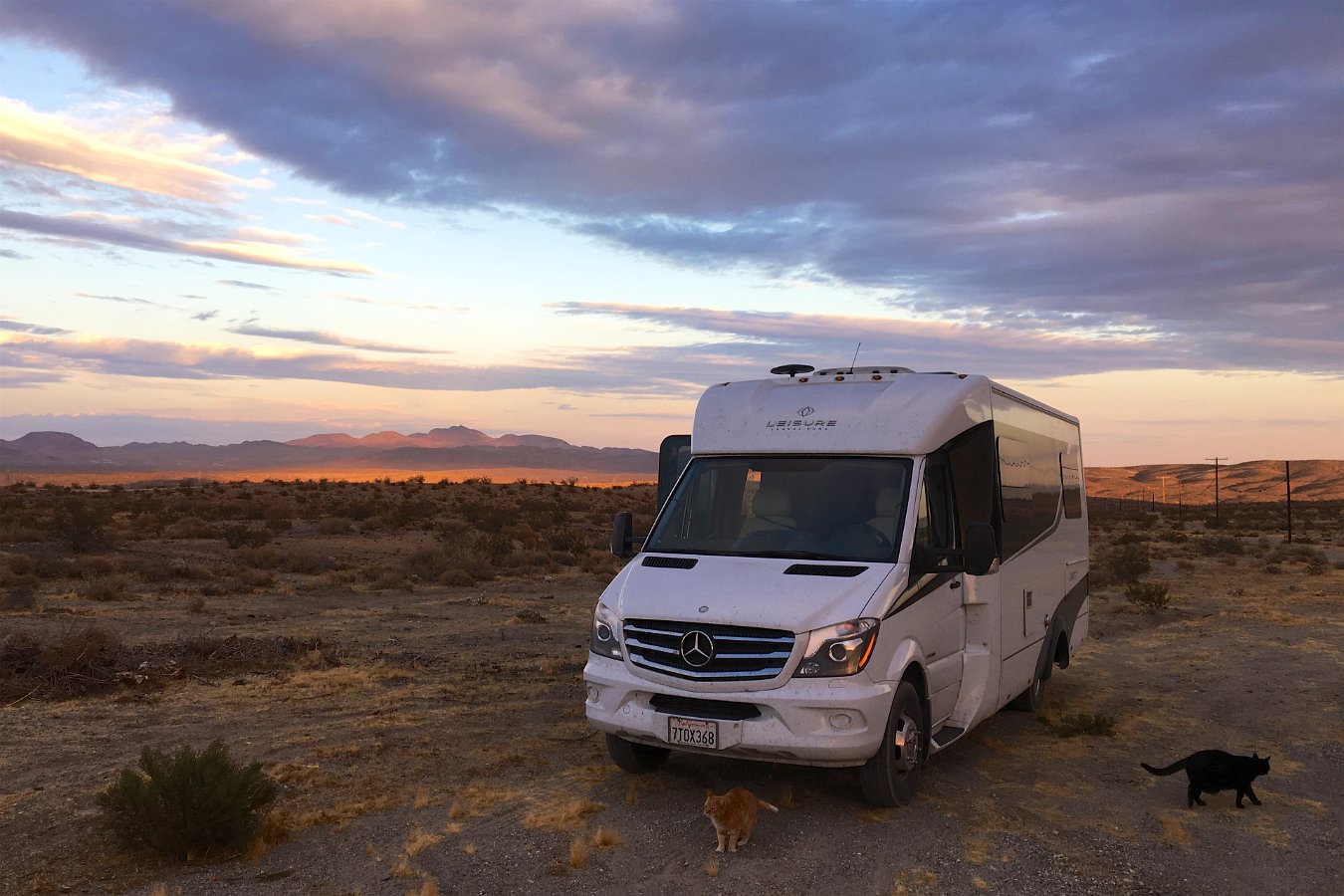 Mojave Desert outside of Baker, CA 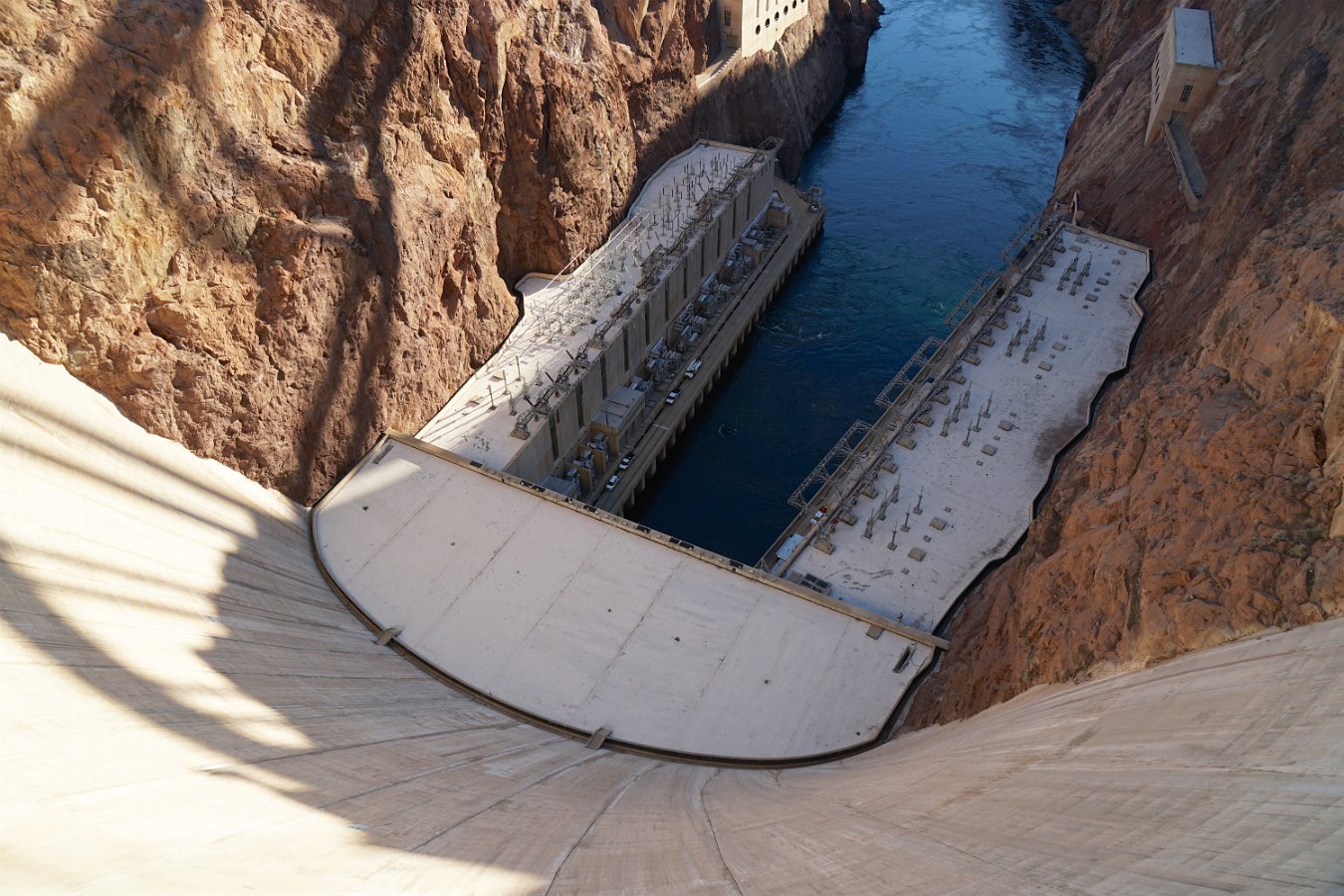 Here are the other separate galleries for this trip:

And here’s a video montage of my drone flights over the trip, including my last flight where I lost control, crashed and was forced to leave it behind: What happens when the Mavic Pro doesn’t have GPS lock and you’re too high for the down-facing optical sensors to work is that the Mavic becomes unable to hold its position and it starts drifting all over the place.  I was trying to compensate and keep it away from the walls but I was not at all successful.  It almost crashed into one wall but halted itself when it’s forward-facing sensors detected the wall.  As it started drifting towards the opposite wall, I had just decided to try to get it up and out of the shadow of the canyon entirely to hopefully gain GPS lock and regain control but it was too late – and this time it wasn’t facing the wall and didn’t detect it.  It crashed and fell to a point immediately below me.  While it was only like 35 feet down, it was a sheer drop with only a couple of narrow soft ledges.  Without rope and climbing gear, I would have been risking my neck to try to retrieve it.  Yeah, very sad to have to leave it behind, though it looked pretty busted up anyway. The Vermilion Cliffs / Paria Canyon National Monument in northern Arizona and southern Utah includes a huge area of amazing rock and sandstone formations, including what may be the longest slot canyon in the world, Buckskin Gulch (15 miles!).  During my October road trip, I got to experience a little taste of the canyon from the Wire Pass trailhead but it would take an overnight trip and gear to do the whole thing.  (Here’s some details on what it involves.)  I would definitely like to come back and do that as well as try to get a permit to go visit “The Wave” (restricted to 20 people per day via a lottery system) and some of the other formations in the Coyote Buttes area.  I tried to get out to the White Pocket formations but the road turned out to be too sandy for mountain bike access, too far for day hiking and certainly too much for the current incarnation of the Traveling Cat Adventure Vehicle.  Some serious 4WD required. 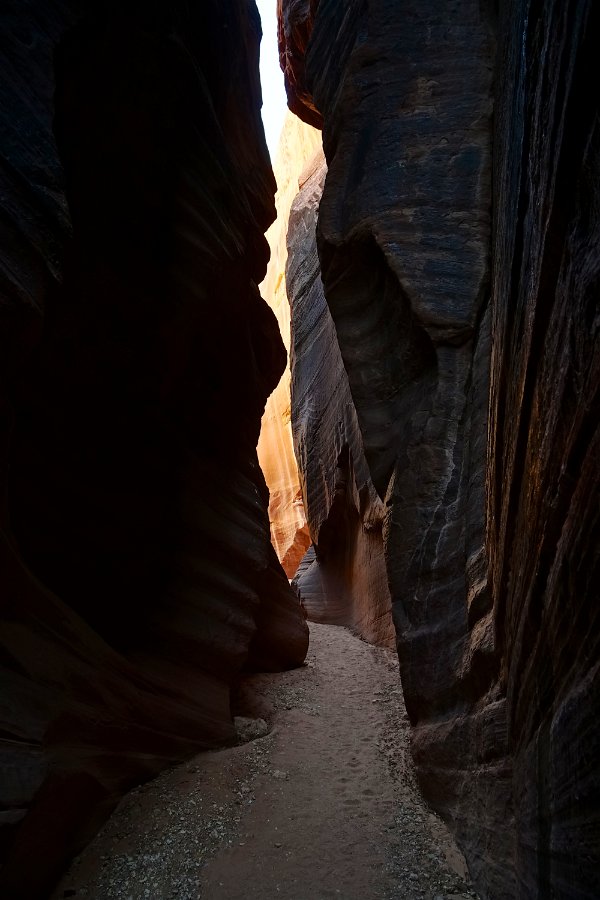 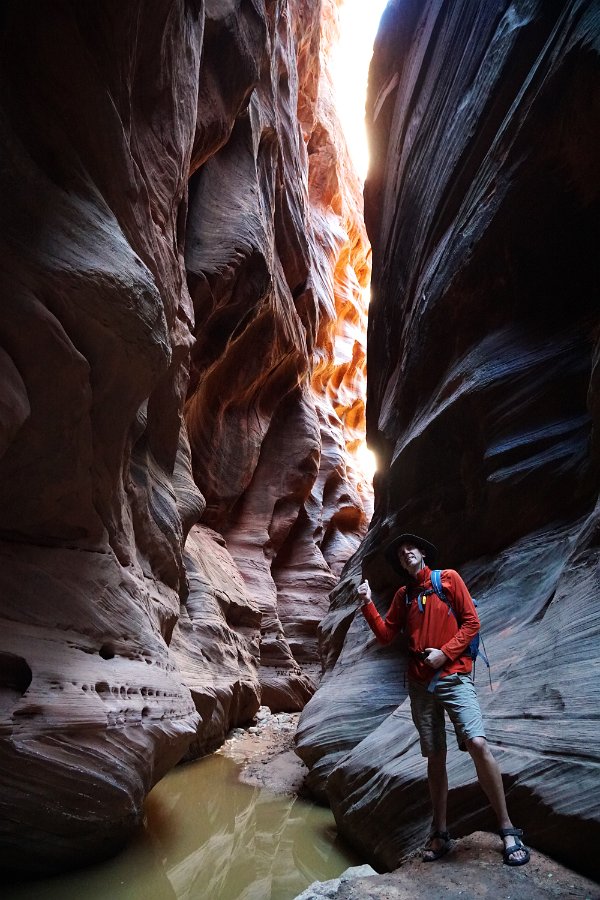 Another cool multi-day adventure trip in the area is backpacking all the way through Buckskin Gulch and following the Paria River Canyon out to Lees Ferry and the Colorado River over 4-5 days.  This whole wide area is a really cool region to explore and there’s plenty to come back and see.

Click through for the full gallery, including hiking a canyon wash above Soap Creek (and losing my drone!), visiting Lees Ferry and the start of the Grand Canyon at Marble Canyon, checking out Horseshoe Bend and Glen Canyon Dam and a couple of little detours into Grand Staircase-Escalante National Monument. 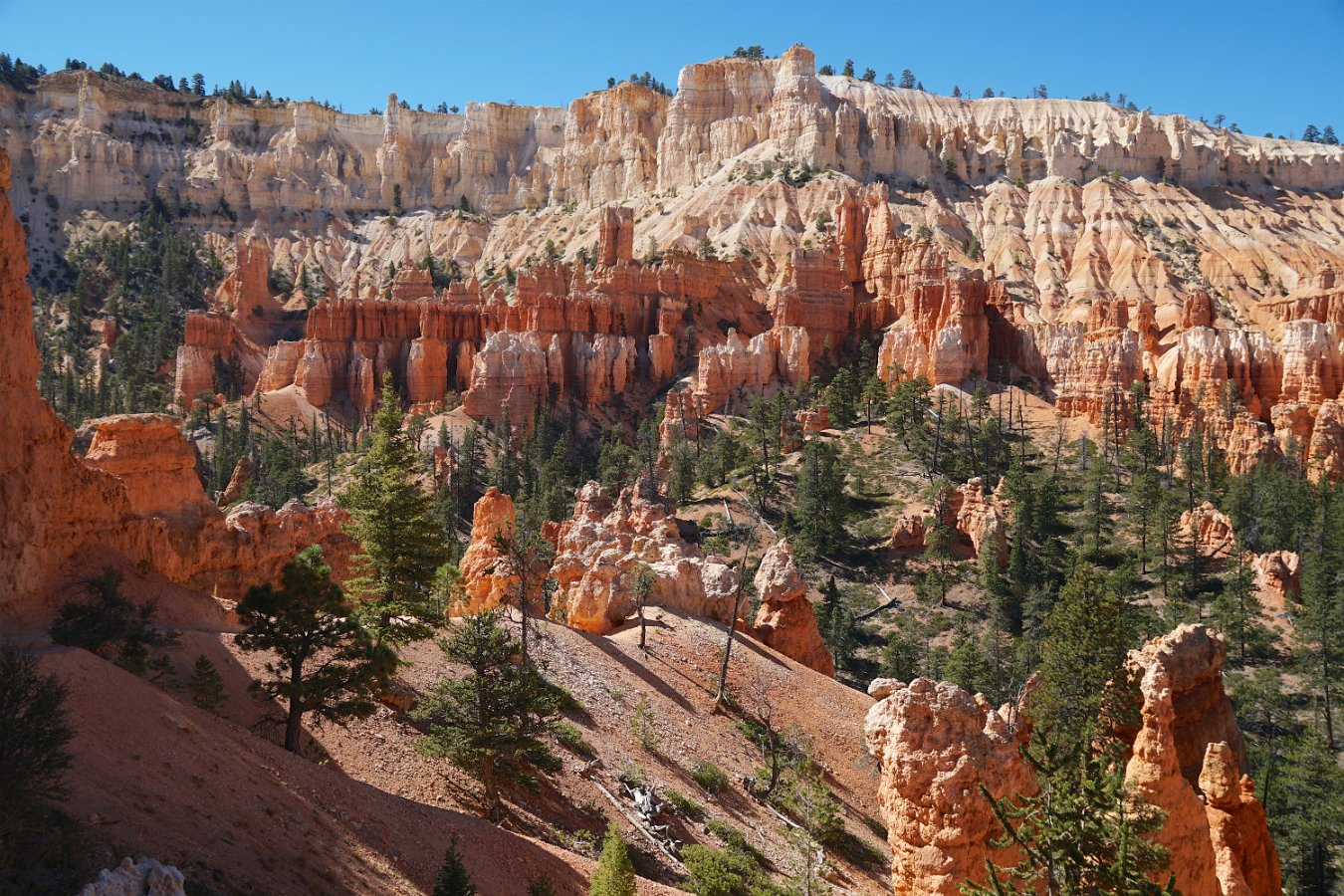 As part of my October road trip to Utah and Arizona (with Pan and Hera in the Traveling Cat Adventure Vehicle), I finally visited gorgeous Bryce Canyon National Park.  I stayed a couple of nights at the Sunset Campground and walked or biked to the nearby viewpoints and trailheads to avoid the packed parking lots.  I definitely suggest that the prime hike to experience is the Peakaboo Loop trail (and I suggest going clockwise).  It was fantastic!  And you should combine it with the Navajo Loop trail (don’t skip “Wall Street”) and/or the Queens Garden trail. 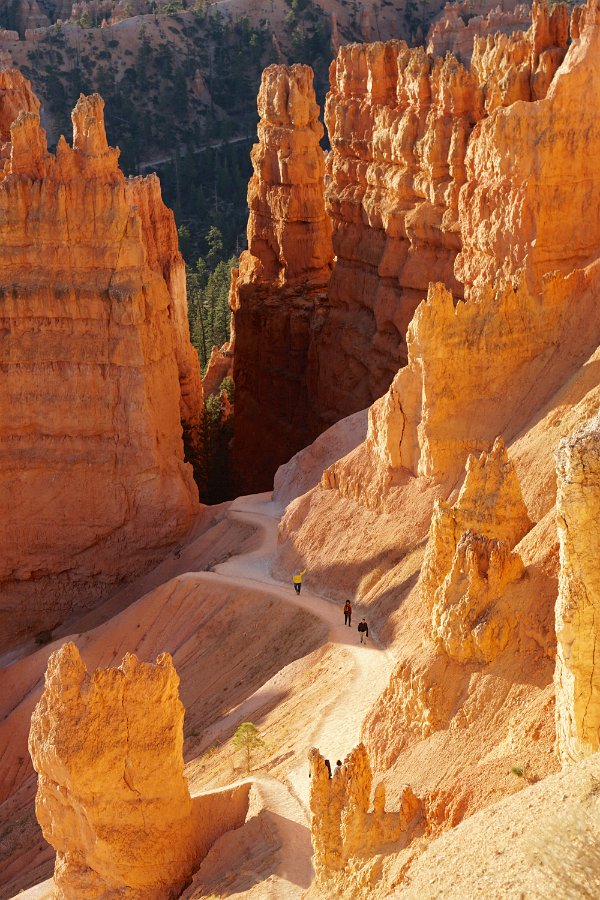 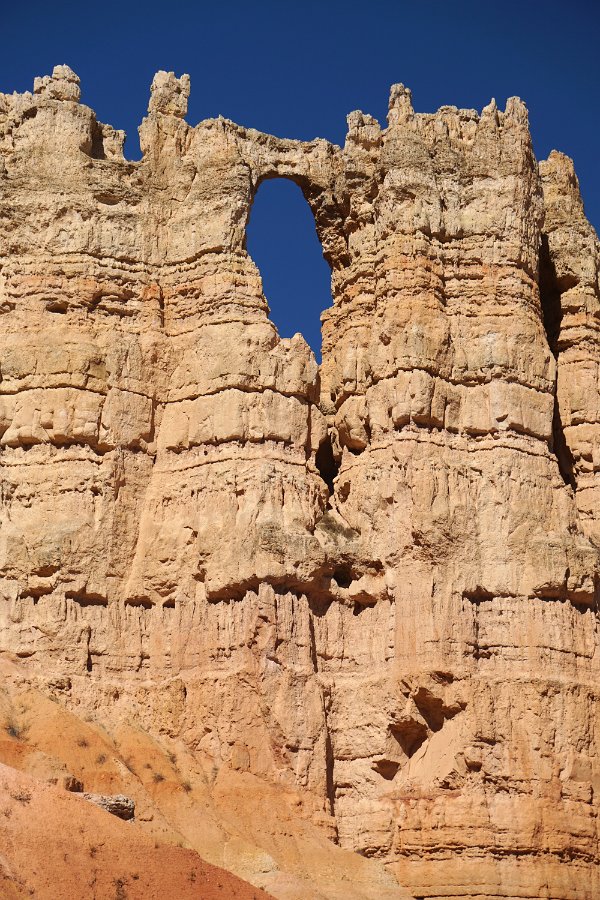 Here are the pictures and video from our annual week of skiing and tabletop gaming, this year back at the Cottonwood Canyons in Utah with a full house: Jon, Jim, Stan, Lewis, Tom, Bill, Kat, Darlene and myself. We were fortunate to get quite a heap of fresh snow early in the week and sunshine for the rest as we visited Alta, Snowbird and Solitude over five days.

Swimming in the Great Salt Lake

On our return trip from Yellowstone and the Grand Tetons, Darlene and I camped overnight on Antelope Island in Utah… and waded out during sunset into the Great Salt Lake.

Here are my pictures and video from another great skiing (and gaming) week in Utah with Jon, Jim, Stan, Lewis, Bill, Brin, Rick and Darlene:

I’ve finally created the photo gallery and a video montage from a week of skiing earlier in March with Jon, Tom, Bill and Brin in Utah:

Pictures and videos from a week of skiing in Utah at Alta, Snowbird, Solitutde and Park City with Jon and his college friends:

A fun week of skiing (and board/card gaming) with Jon and his college friends in Utah’s Wasatch Mountains at Alta, Snowbird and Solitude: 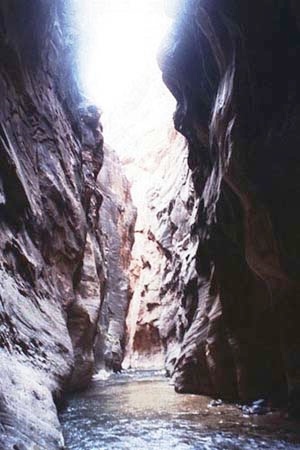 This was a backpacking trip in July with Hoan, Huy, Corey, and Jason into the Kolob Canyons in the northeastern part of the park.

I arrived a few days earlier and so I wandered up the Zion Narrows for a few hours. This incredibly deep and narrow canyon runs for many miles and the river itself is the trail.  You spend most of your time wading the river to follow the Narrows through. It’s very much fun. It’s also very difficult to photograph — so I want to go back and try again.

You can arrange to backpack from one end to another and stay overnight at one of several designated spots midway through.  I’d love to come back here and backpack the whole length of it someday.

Some views from a couple miles upstream into the Zion Narrows: These are the grasslands several miles to the northeast of Zion Canyon proper: One of the many towering walls in Zion Canyon: 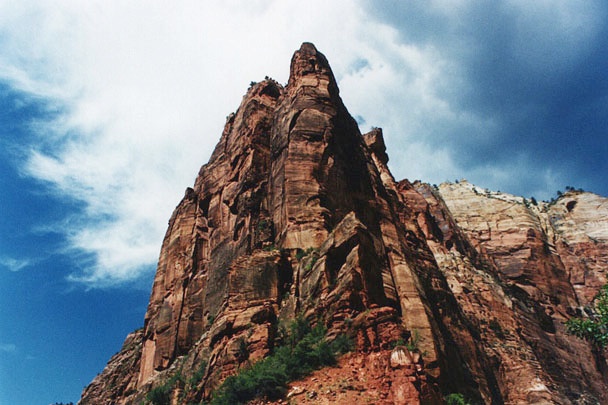 Lunch stop in Bear Trap Canyon in the Kolob Canyon area. No bears encountered but this canyon probably could trap one.  It ends abruptly in a tight space with a nearly free-falling creek: Skiing Utah with, clockwise from left: Eri, Stephen, Brendan, Corey, Hoan, Scott, Chris, and myself.
(I bit my tongue. Ow.)