This video was even picked up by Teslarati (“Model 3 protects owner…“) and re-tweeted by Elon.

Hi, Elon!  But they didn’t pick up on my follow-up test to compare the Tesla to a Toyota:

I decided to repeat the test with my 2013 Toyota RAV4 EV.  This time the starting air quality wasn’t nearly as bad as my initial test but both the Tesla and the Toyota were able to filter the cabin down to a reading of zero from a start of 50 μg/m3 with recycle air turned on. At full fan speed, the RAV4 took about 10 minutes and the Model 3 was able to do it in about 3-4 minutes.

One other thing of note is that the RAV4 ended up with a much higher concentration of TVOC (total volatile organic compounds), even though the vehicle is five years old. Presumably this is off-gassing of some of the materials in the cabin.Oh, and I forgot to turn off A/C in the RAV4 for the test – hence the temperature drop. 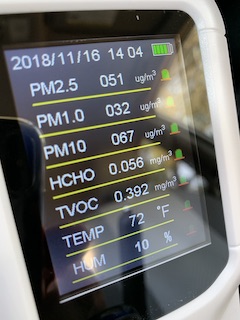 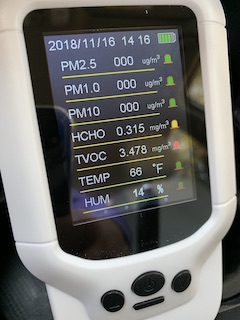 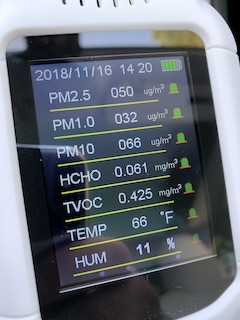 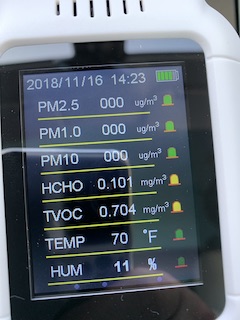