The Tower of Frustration 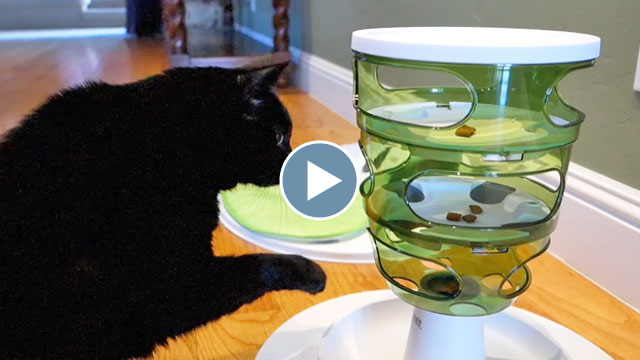 Heard of the Tower of Terror?  How about The Tower of Frustration?  (Otherwise known as the CatIt Senses Food Tree 2.0.)  Seemed like a cool idea since Hera is constantly bugging me for food or treats.  Not surprisingly, Pan wasn’t interested in it all but then he doesn’t really care about food or treats.  Hera, on the other hand, went at it with gusto and almost immediately knocked it over – and scored some treats!

I then braced it while continuing to film her initial efforts and added some weights afterward so I could leave it unattended.  It was clear she had great difficulty with “paw to eye” coordination, looking at one level of the puzzle and reaching blindly elsewhere. After her initial 30 minutes of frustrated efforts she completely gave up on it and I couldn’t get her interested any more.  Over the subsequent weeks, she would still cry for treats as usual but would never make any more effort to extract them from The Tower of Frustration, despite any prodding or just leaving them out, tempting her 24/7.

I eventually gave up as well and gave it away to Kathie and Dave.  Looks like their Penny has absolutely no trouble with it! 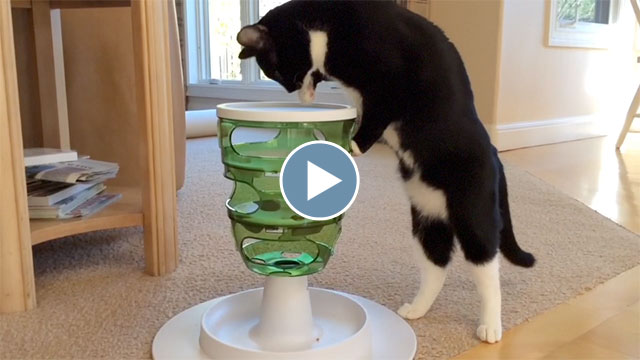