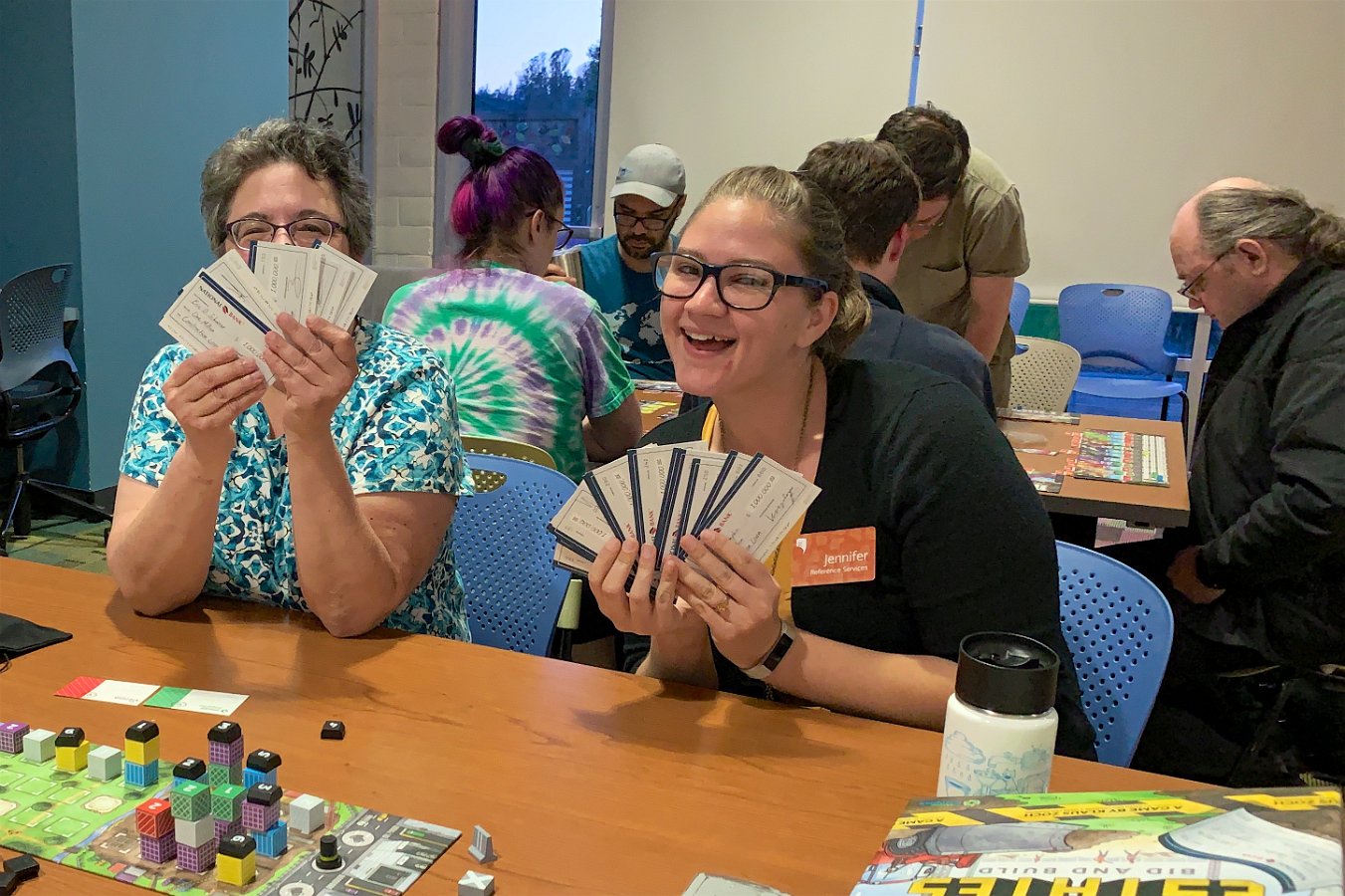 Lots of gaming this month, including several meetups at the local library.  After the second broken playthrough of the auction game Estates, I finally realized I had goofed a fundamental rule in teaching the game. Nobody could possibly come out ahead… next time let’s try playing it in the way that it’s possible for someone to succeed!

On the other hand, our first playthrough of Chinatown was really fun, though hard to keep our voices down in this wildly interactive, open trading/deal-making game. And it was fun to finally get Wiz-War to the table with a group of four – even though my wizard got killed off first!  D’oh!

Nacho started hosting some gaming nights at his place this month.  We did some finger flicking of race cars around a track (what was that called?), squeezed little miniature towns together in Tiny Towns and enjoyed lots of repeats: building amusement parks in Unfair, werewolf hunting with One Night Ultimate Werewolf, pattern matching in Sagrada, space conquest via Space Base and maze maneuvering in Drakon.

Besides a couple more rounds of Bunny Kingdom, Darlene and I finally started Pandemic Legacy: Season One at home.  We’re only a few “months” in but so far things are under control – which probably means things are going to spiral out-of-control soon.

Oh and I introduced Kathie and Dave to Quacks of Quedlinburg. Dave came out the clear leader – and the supreme Quack!