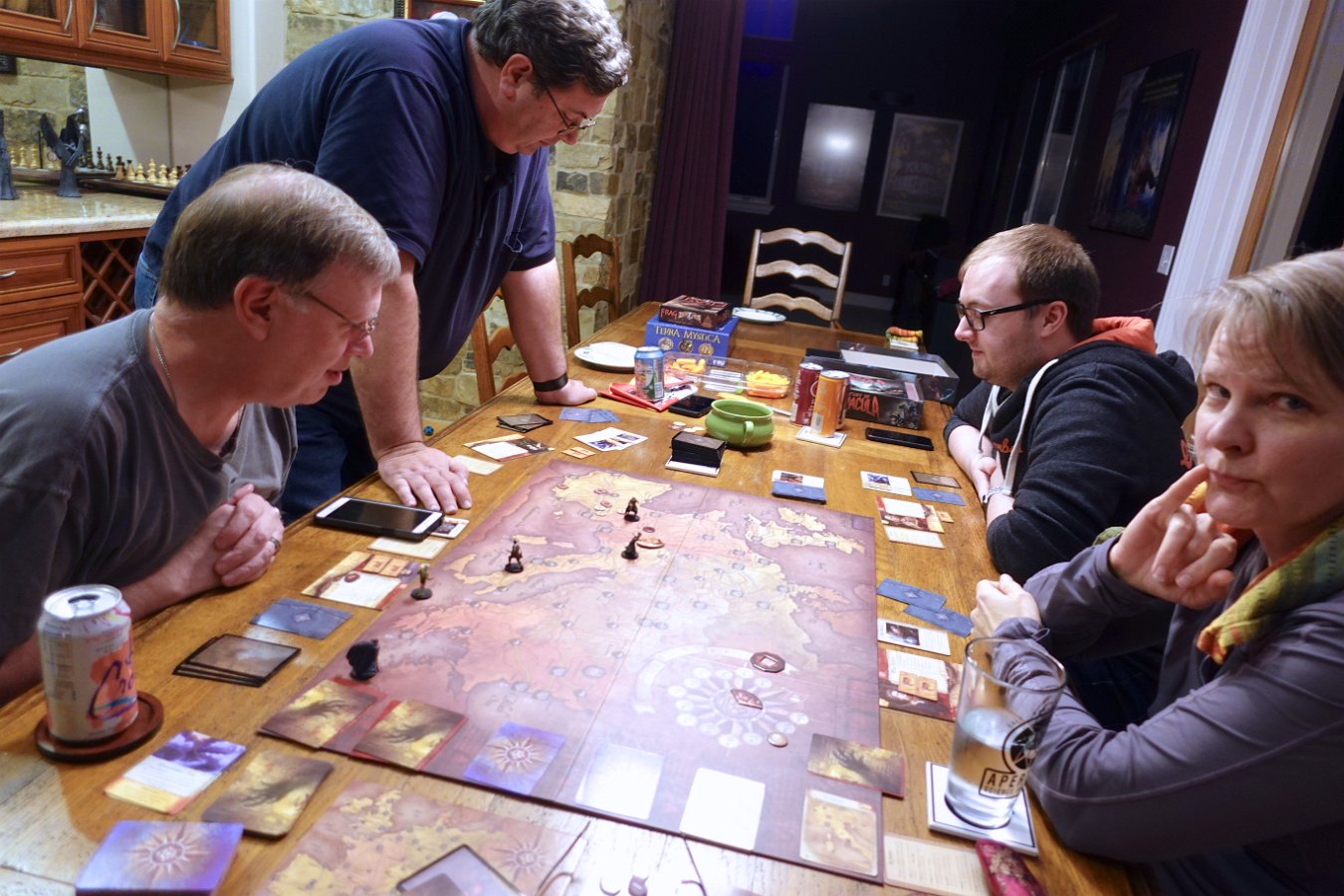 Got in a few more games this month, including a long gaming night with Roland, Clay, Dan and Darlene that began with Fury of Dracula and continued with everyone’s first time play of Terra Mystica.  Got to try Inis with four players at the local gaming meetup in Scotts Valley.  Darlene and I played many rounds of the new push-your-luck style game of potion brewing in The Quacks of Quedlinburg.  We also had our first encounter with the “boss minion” in the gorgeous co-op Mechs vs. Minions and, lastly, we were utterly clobbered and my character driven insane in our first two player campaign attempt of Arkham Horror: The Card Game.  So much for “standard difficulty” with even the starter campaign “Night of the Zealot” – we’ll be trying again though, with both the lights and the difficulty turned down!