A Gathering of Gamers 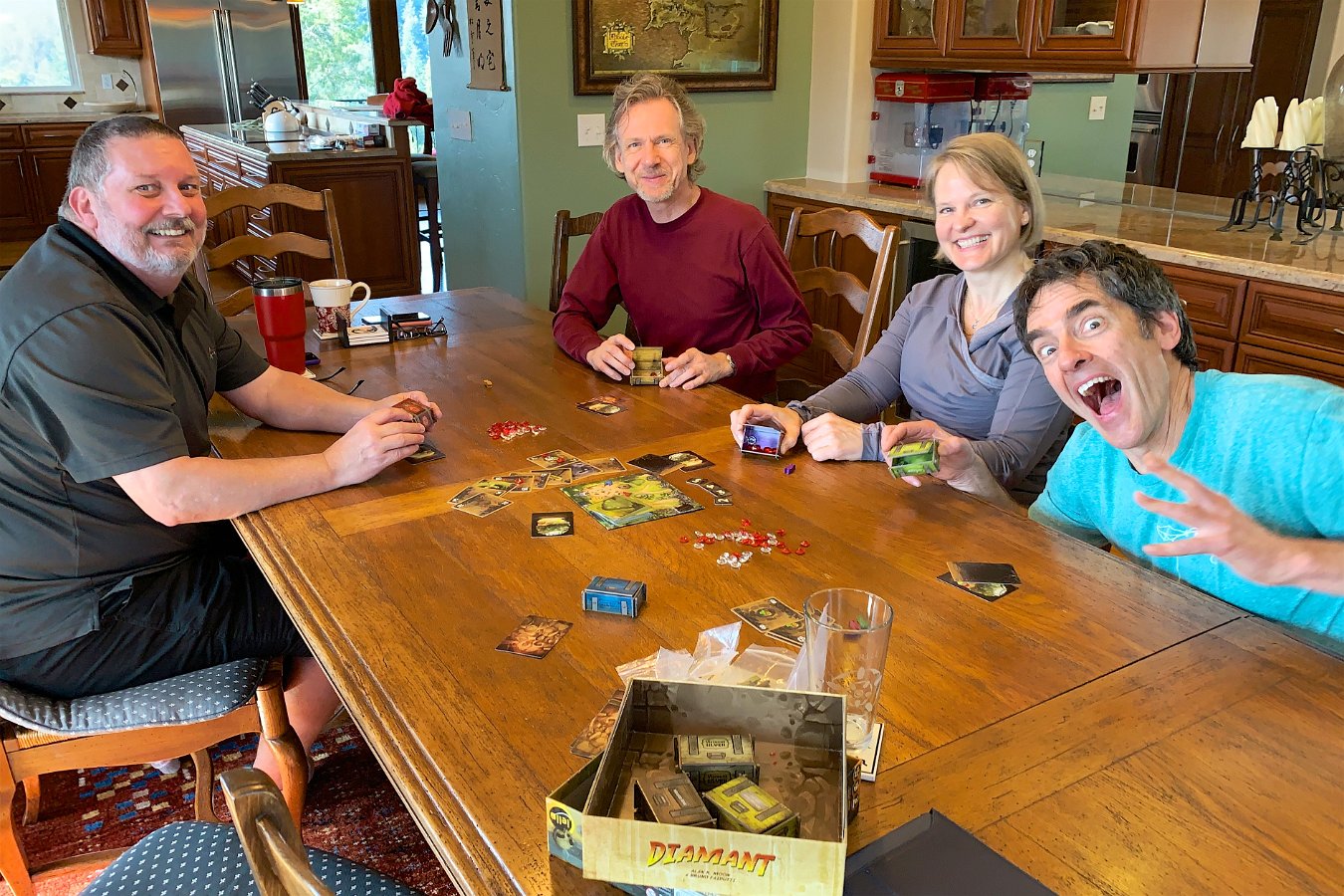 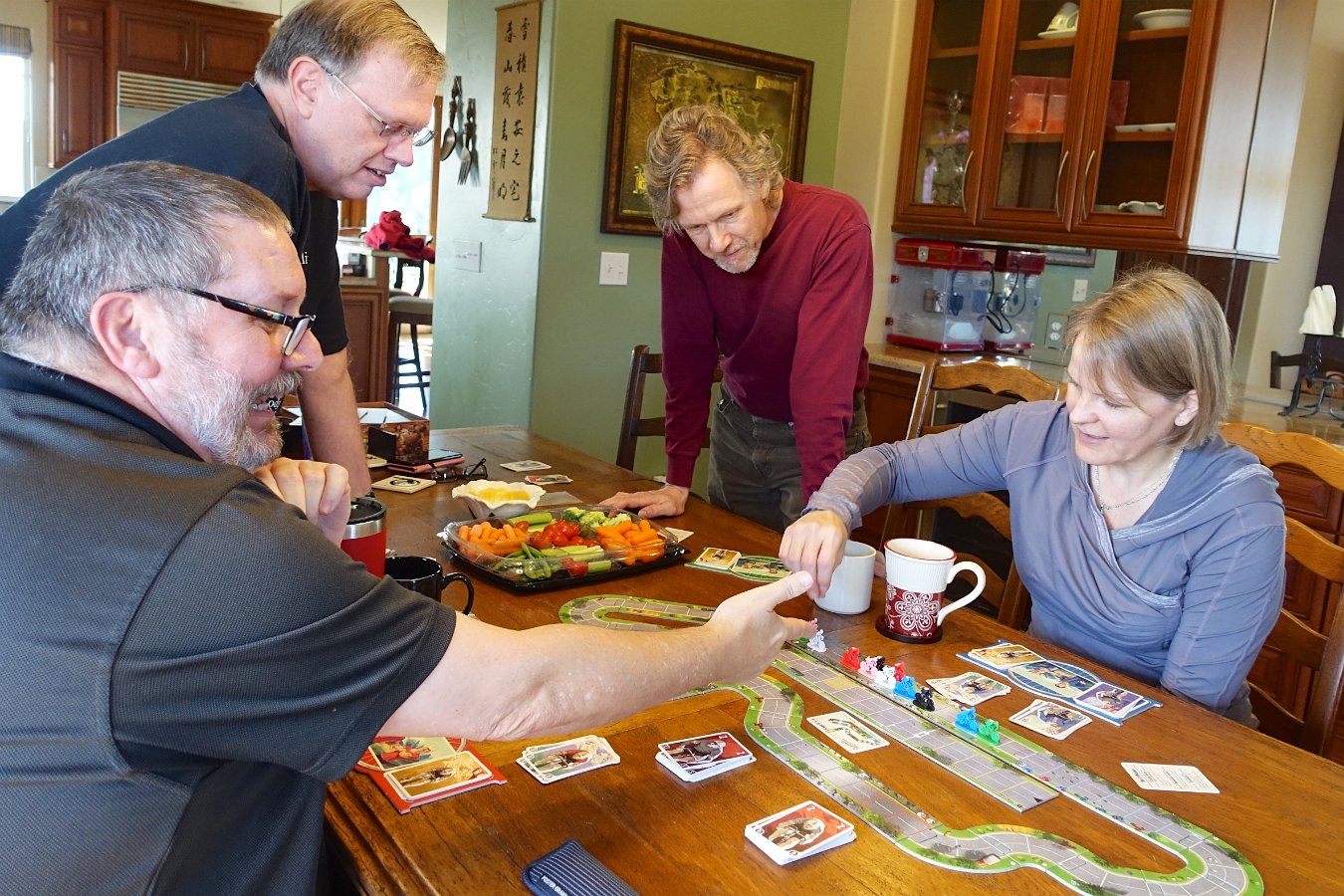 Six intrepid gamers (Mark, Stefan, Darlene, Charles, Roland and myself) gathered on a Saturday.  We pushed our luck seeking the most treasure in the mines of Diamant, struggled to cross the finish line first in Flamme Rouge, tried to make off with the most loot in Clank! In! Space!, worked to build the strongest foothold at the fringe of the galaxy in Empires of the Void II, screwed each other over with the storms of Category 5, and made and broke mad alliances to establish the most colonies in Cosmic Encounter.  Oh, and there was a bit of dice-throwing for good measure. 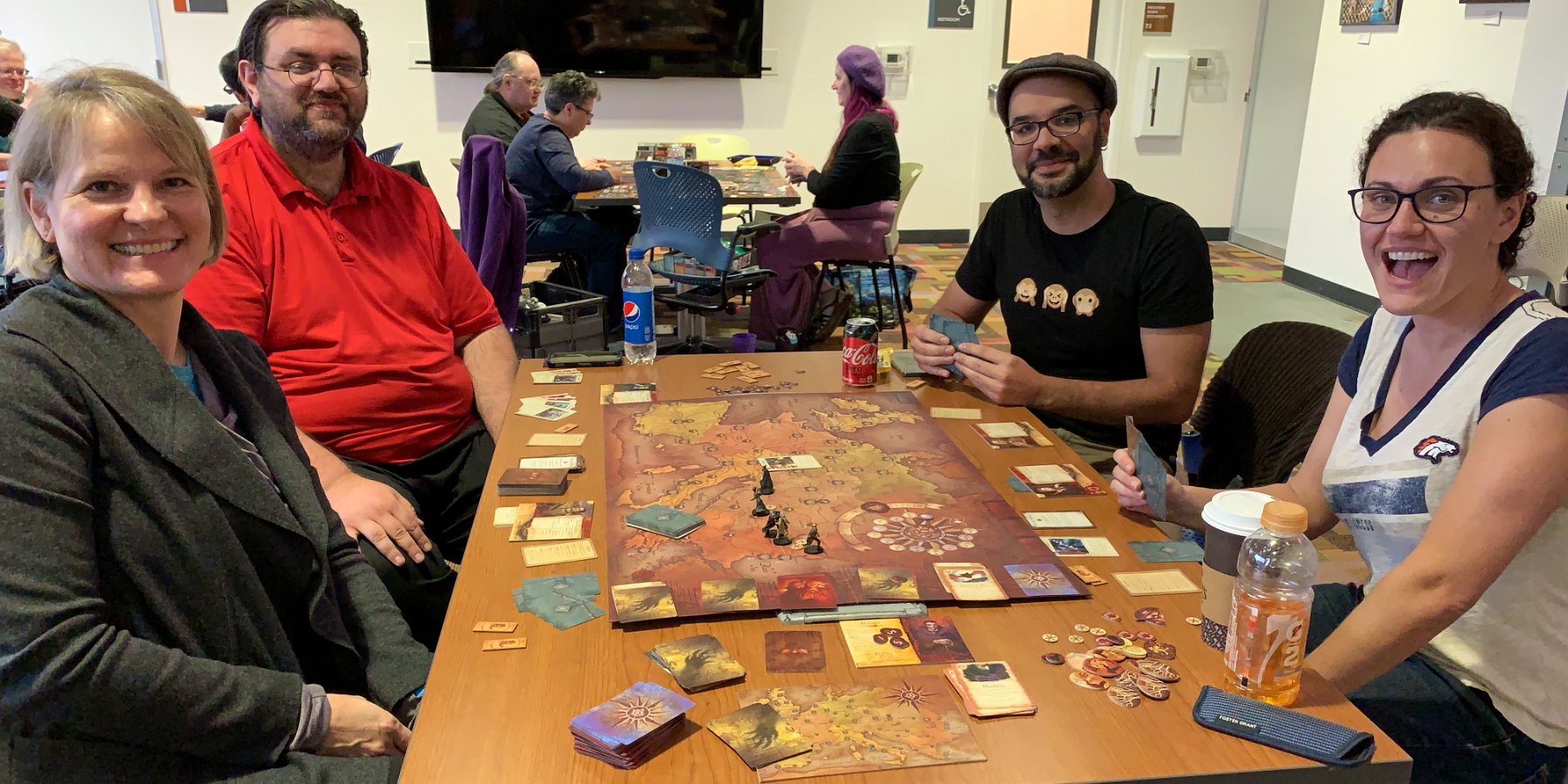 Darlene and I also joined the local Scotts Valley gaming group a couple of times this month.  Early in January we had our first time run through the lovely fourth edition version of Fury of Dracula.  As Dracula, I was eventually tracked down and defeated but surely only because of the fact that I/we misinterpreted a few important rules.  Wait until next time…  mwahahahahaha!

In late January, we got together again and, as Long John Silver, I tried to keep my treasure hidden from four scheming pirates (Darlene included) in the new Treasure Island.  We also got in a game of Sushi Go Party before breaking off into two groups.  Darlene tried out Whistle Stop, while I had another go at evading the vampire hunters in Fury of Dracula.  Unfortunately, we ran out of time.