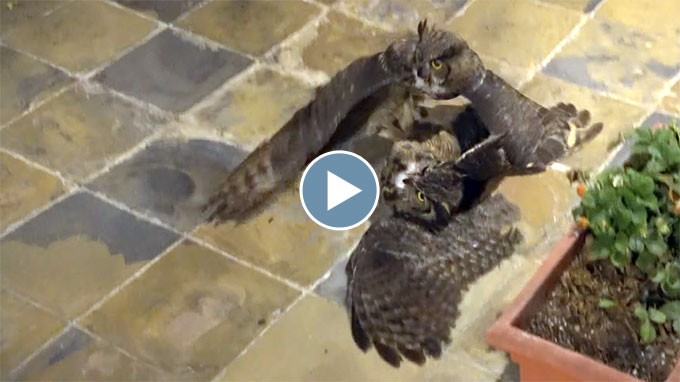 So interesting! I work in raptor rehab and tonight released a great horned owl. The people who initially found it told a similar story, starting with two owls locked in battle similar to what is shown in this video. The owls didn’t separate initially, and were found shortly afterward in a creek, with one trying to drown the other. It was a bloody fight, and not something I hear about very often. Most territorial fights are bluster and lots of hooting. I do wonder, though, if habitat loss has lead to increased interactions like these…