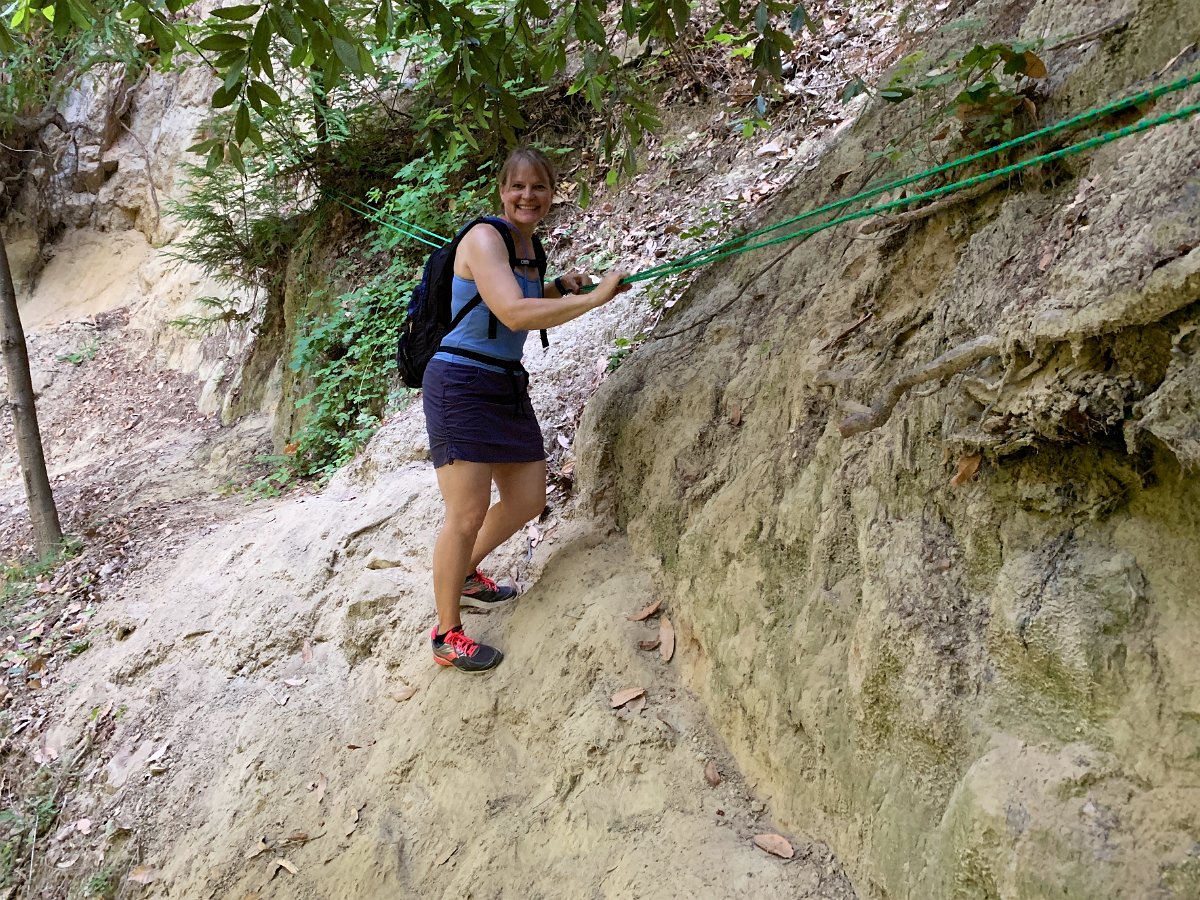 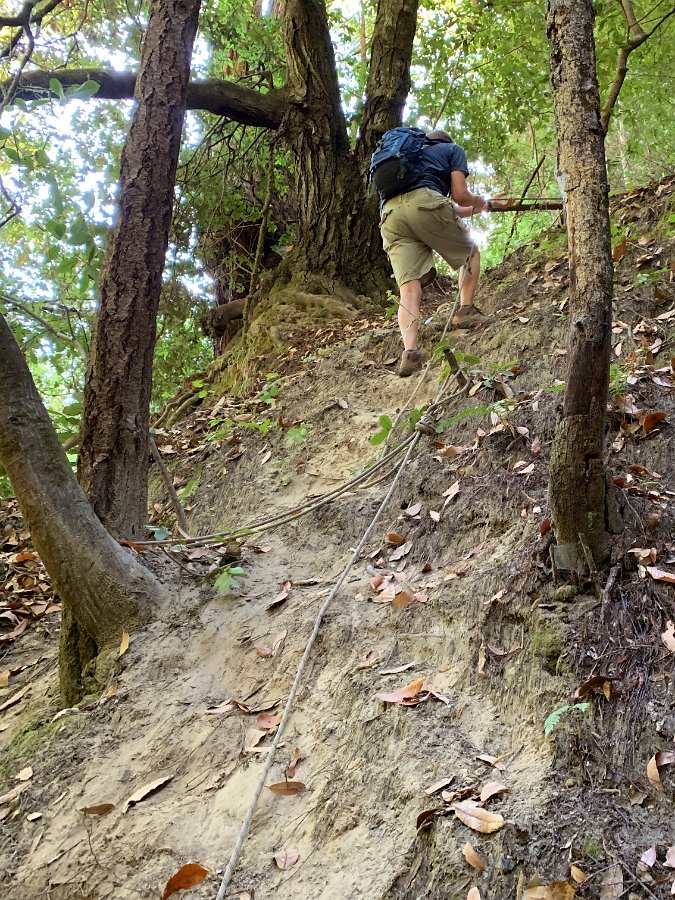 Darlene and I made another attempt to hike out to Five Finger Falls in The Forest of Nisene Marks State Park on Friday, which we’ve intended to do on numerous occasions.  This time we discovered that the Aptos Creek Trail was officially closed beyond the marker sign for the Loma Prieta Epicenter historical sign due to trail damage from a bunch of severe landslides.  We forged on anyway to see how far we could get and found that other folks had set up ropes here and there to make it a little easier to traverse what was left of the trail.  However, we ran out of time again and decided to turn back after climbing the switchbacks at the midway point.  Someday we’ll get out to those falls!