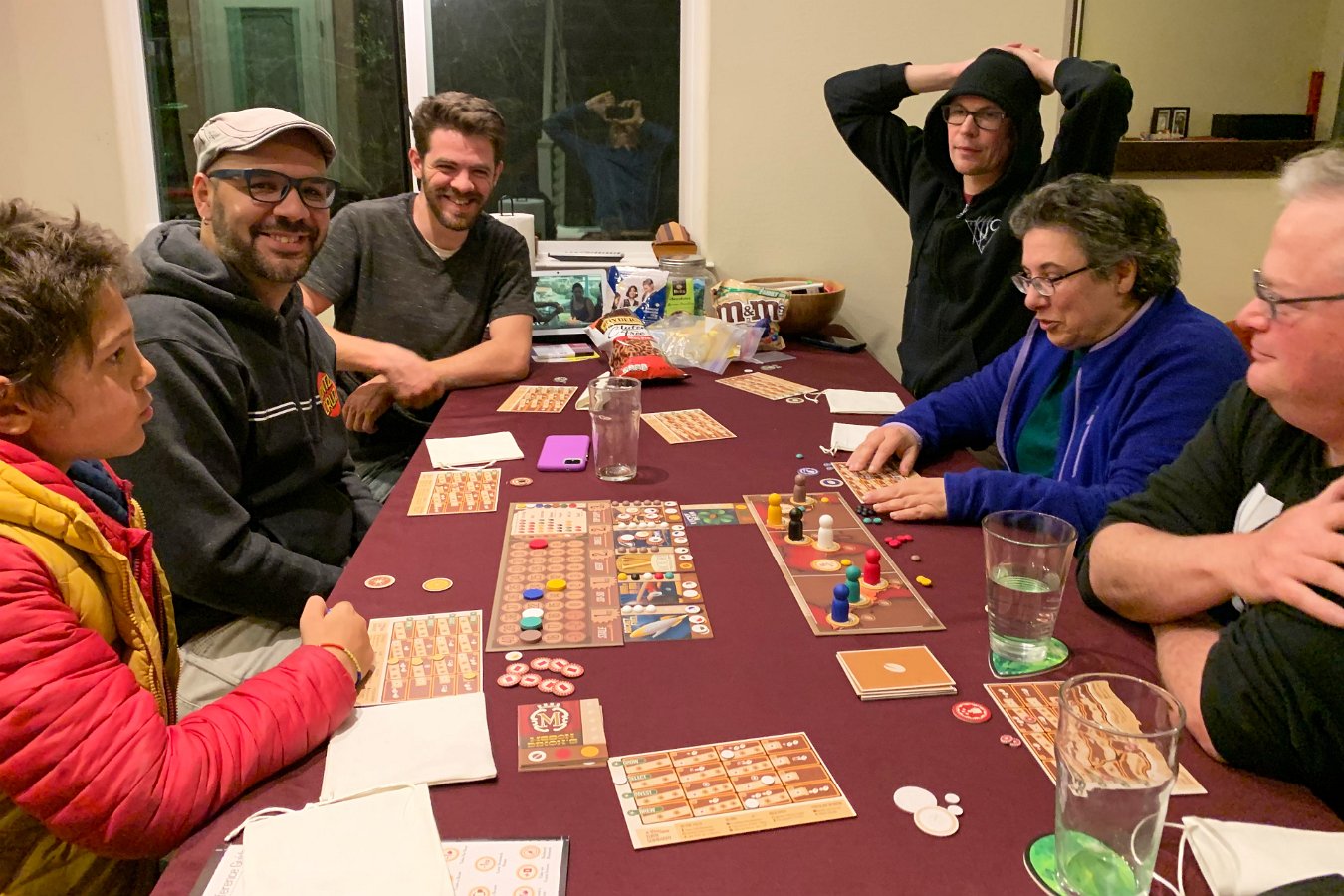 Well, the global pandemic has certainly put a stop to our frequent gaming meetups, and I don’t mean Pandemic Legacy: Season Two – although Darlene and I have continued to play through the campaign while the real world pandemic develops outside.  (And, so far, in the real world, Darlene hasn’t been called in to help at Stanford Hospital yet.)

Since hosting a gaming day for New Year’s Day and before the directive to “shelter in place” was declared in mid-March, I got in a couple of games of Clank! Legacy: Acquisitions Incorporated and my first adventure in Gloomhaven with Nacho, Luno and Lynette.  I picked up and introduced folks to managing the Taverns of Tiefenthal and manipulating empires in A War of Whispers.  I also got copies of both the original VivaJava: The Coffee Game (very popular with everyone) and the simpler dice version.  I got to try the intriguing but weird Tesla vs. Edison: War of Currents and finally try Race for the Galaxy, which really is just “Terra Mystica in Space”. Other misc games with my local gaming group were of Saboteur,  Diamant, Power Grid (with the newer power plant cards), Space Base (still not into it) and likely others I’m forgetting and didn’t take pictures of.  Looks like we’ll be getting together virtually for awhile, with online tabletop game simulations and video chat. 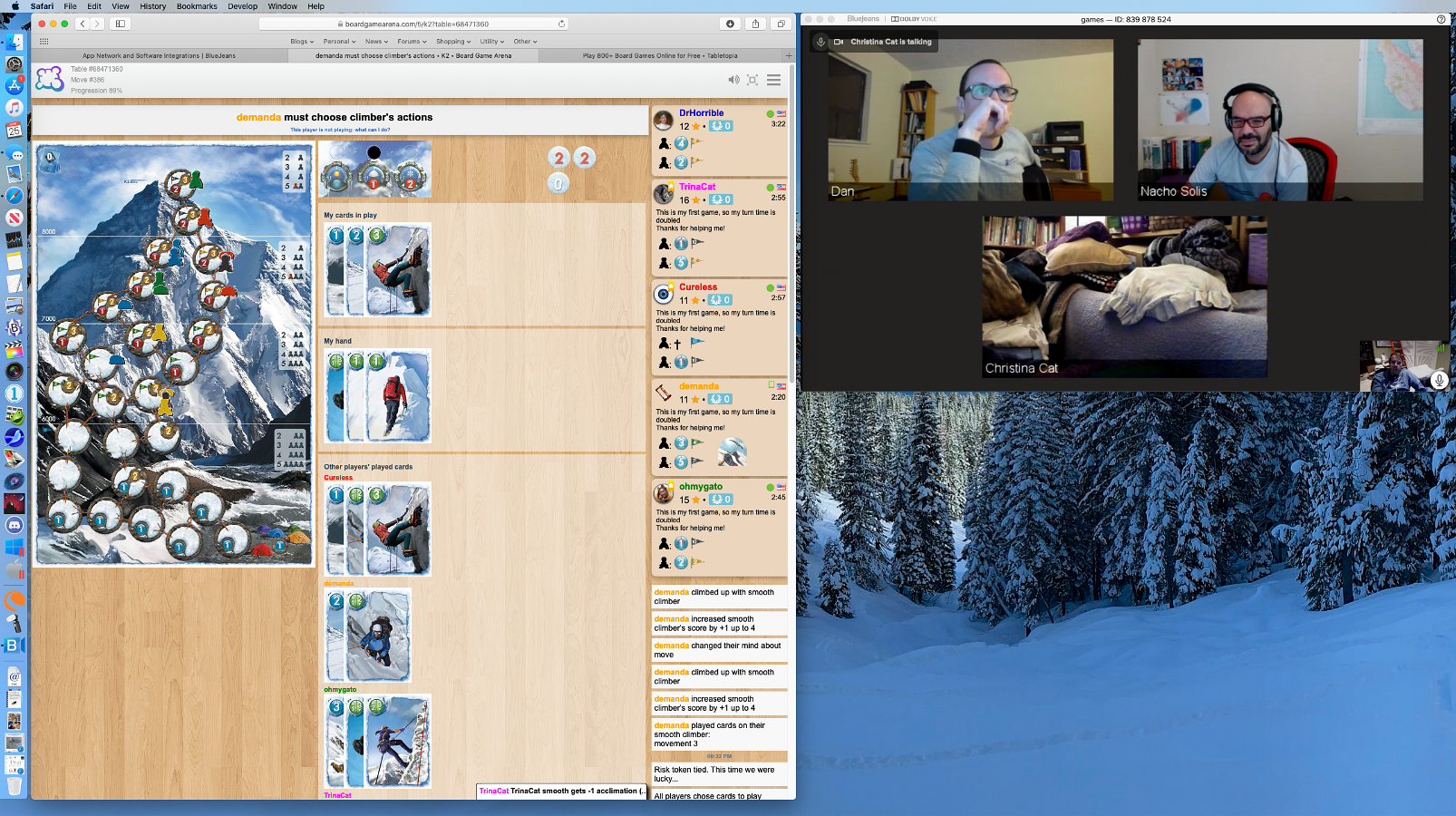 Switching to virtual play and videoconferencing during the pandemic

I also finally got my newer rendition of Merchant of Venus to the table with Darlene – I used to play the original version a lot with Clay, Patty, Dave and Kathie back in the 90’s.  This second edition includes “classic” versions of the board, rules and components to play essentially the original game but also an updated version with some new mechanics and changes to gameplay that I really like.  Oh and Darlene and I tried the “Legendary Asia” map for Ticket to Ride for the first time.