Lots of more gaming time through August and September, including introducing Jon and Roland to the popular tile-laying game Suburbia as well as my newly-arrived copy of Bargain Quest, where you act as shopkeepers trying to sell supplies to the adventuring heroes on their way to vanquish the dragon. 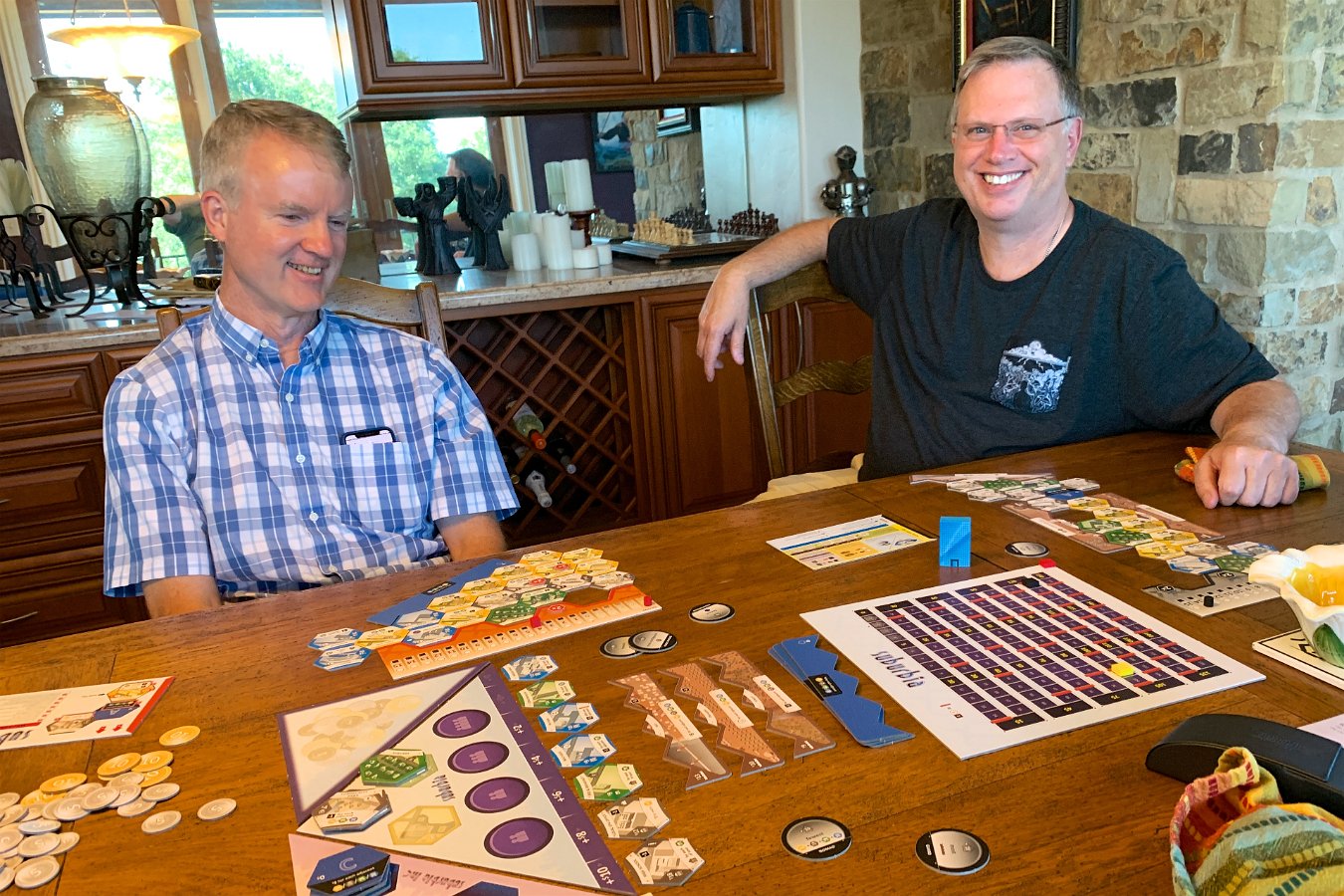 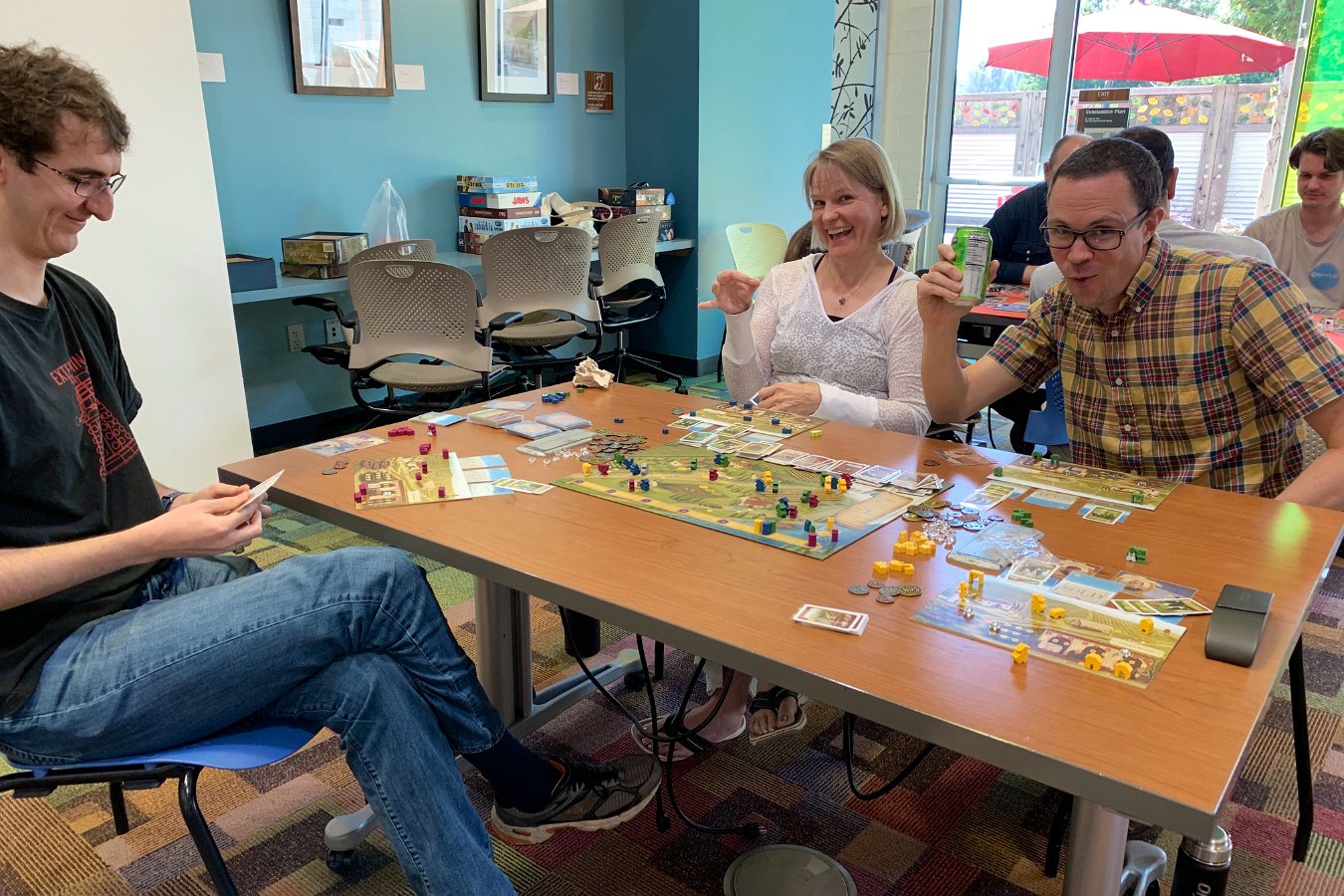 With the local library gamers group, I got in a couple more games of Bargain Quest, we enjoyed wine making with the “worker placement” style game Viticulture, we unsuccessfully hunted Darlene as the great white shark in Jaws, wheeled and dealed in the trading game Chinatown again, and vied for success across the industrial age in the fantastic economy game Brass: Birmingham. 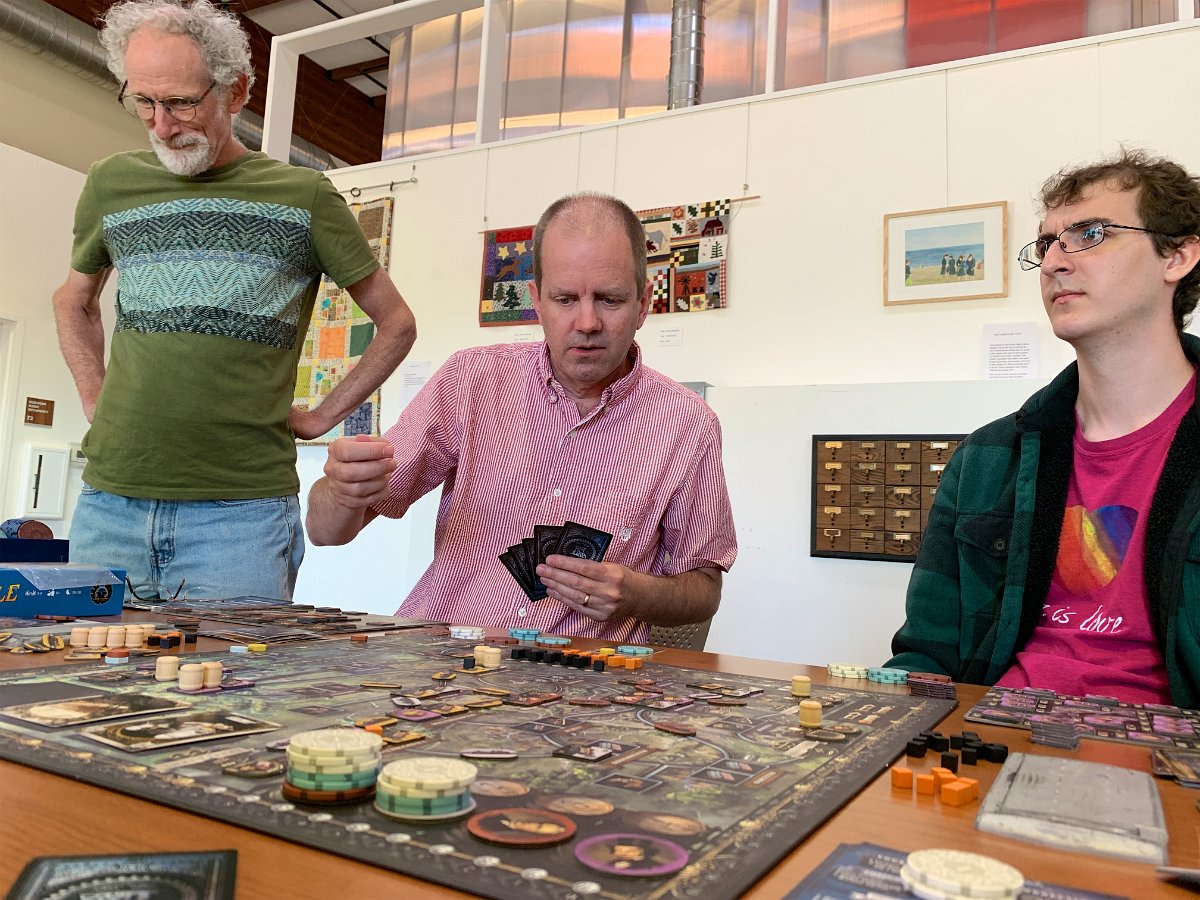 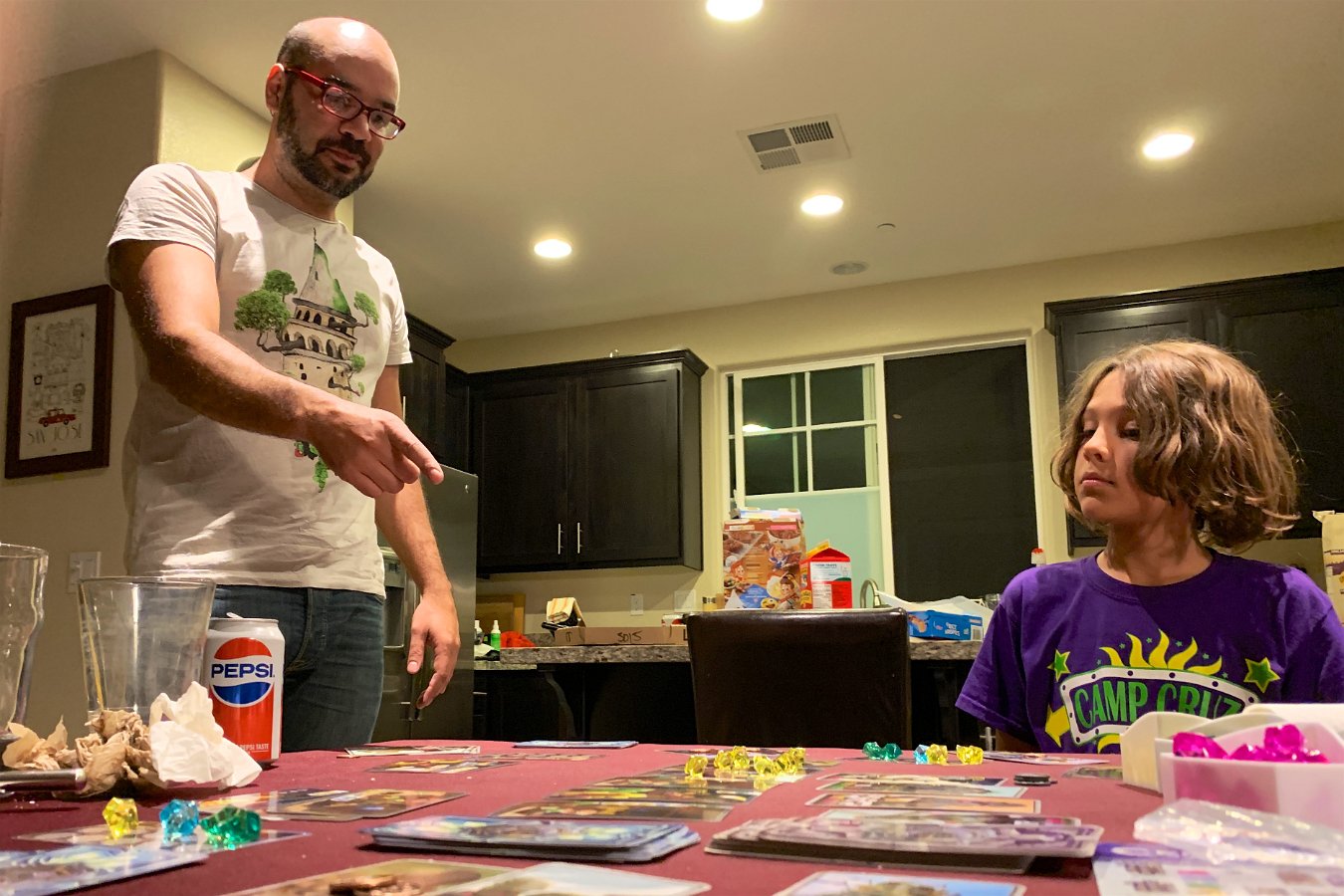 At Nacho’s, we swapped gems in the engine builder Century: Golem Edition and pushed through Clank! In! Space! trying to keep Nacho from getting away with all the glory.  Back home we had more bewildering adventures in Tales of the Arabian Nights and up in Tahoe there was more Clank! and Splendor and Darlene and I introduced Mark, Eve and Matt to the tasty fun of set collecting in Sushi Go! Party. 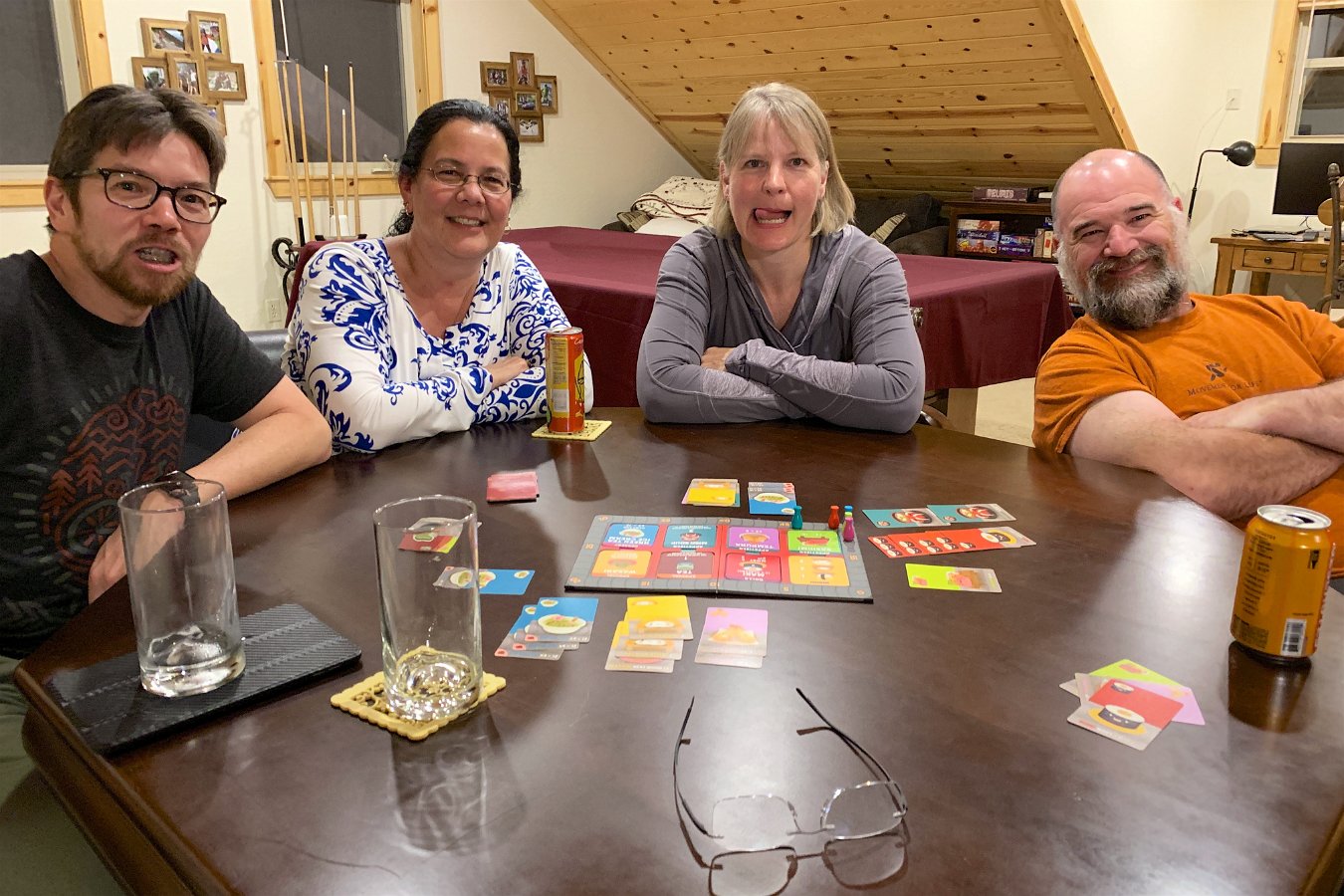 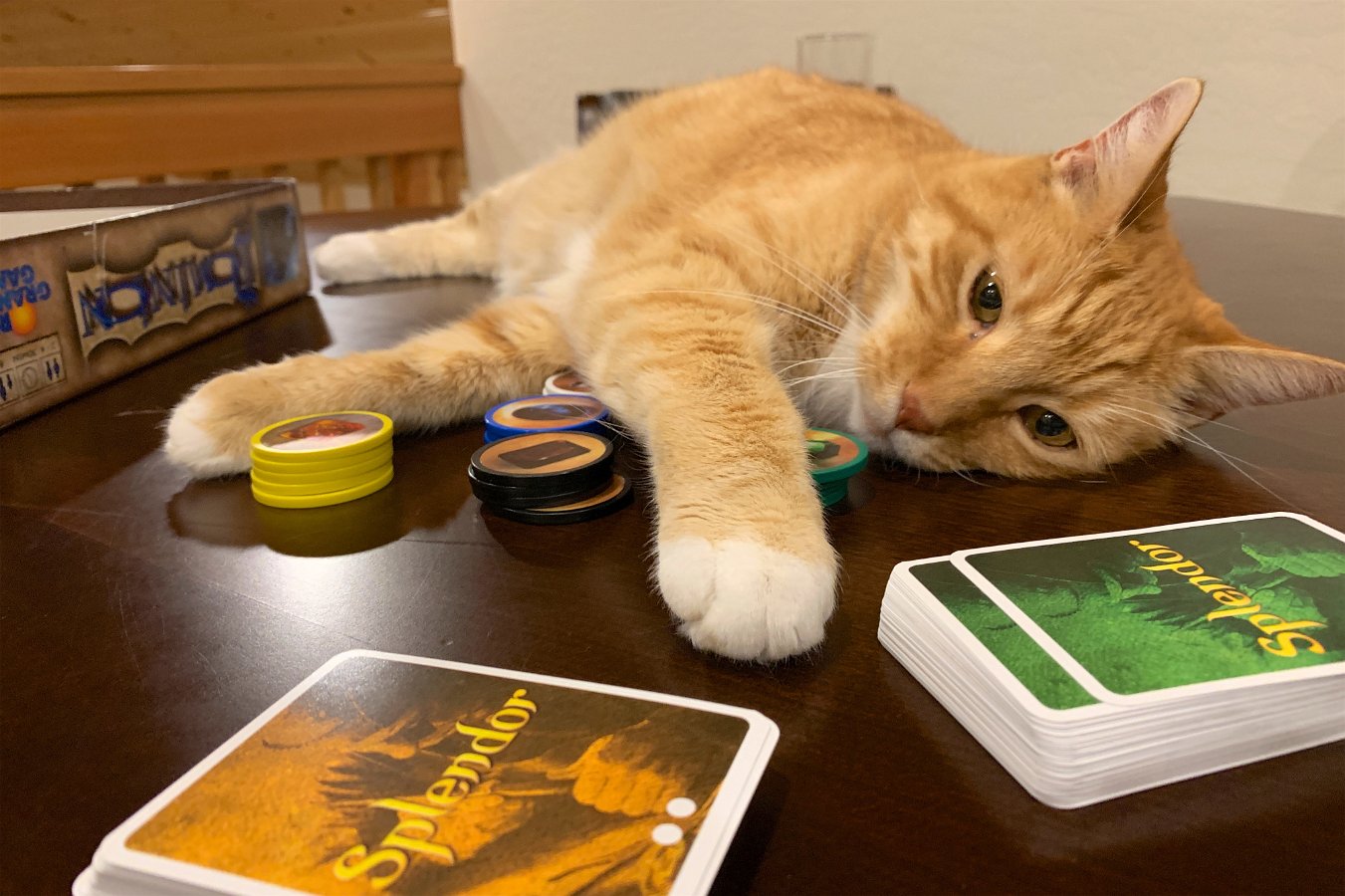 As usual, I forgot to snag pictures of several other game sessions (like with Greg & Erin, playing For Sale while camping at Pinnacles), but click through for the full gallery.