I’ve looked into telescopes a bit now and again, spurred by some new cool astronomical event but never actually took the plunge until just recently, near the end of 2013, with the approach and subsequent demise of comet ISON.  This time I was committed to doing the research and actually ordering some gear… and, given my love of photography, astrophotographic gear too!  Oh my, what a deep hole I’ve found here… what have I got myself into?!?

Things started out a little rough as my mount arrived in November with a manufacturing defect that I didn’t know enough to figure out immediately and required some back and forth with Celestron’s tech support to narrow down.  Then I had to package it all back up and send it back and wait for a replacement.

But here it is, it’s an 8″ Celestron EdgeHD 800 on an Advanced VX mount – lovely!  (It’s a Schimdt-Cassegrain on a German equatorial mount.) 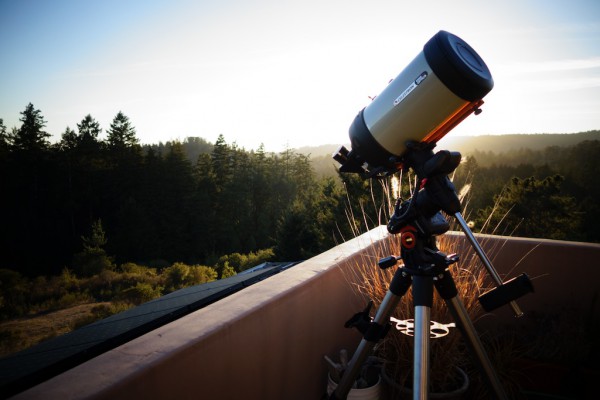 My Celestron EdgeHD 800 telescope set up on my upstairs deck

I’ve long wanted to get a telescope, as in a real telescope, not that silly cheap thing I got as a kid in the 70’s.  I’ve tinkered on and off with desktop and mobile apps for exploring the night sky, explored a bit with a nice pair of image-stabilized binoculars and attended the occasional star party here and there.  (The one held on the slopes of Mauna Kea was pretty cool!)

And I wanted to take advantage of the somewhat darker skies I now have here in the hills above Santa Cruz – at least darker compared to my old condo in San Jose – that swath of light from Silicon Valley and the Bay Area is at least somewhat shielded by the coastal mountains here.  I’ve got a nice, super-convenient, south-facing deck off of my upstairs master bedroom with an open view of most of the sky (except to the north, beneath the celestial pole).  And once I get a little more experienced, it’ll be fun to pack up the gear and take it to some remote dark locations. 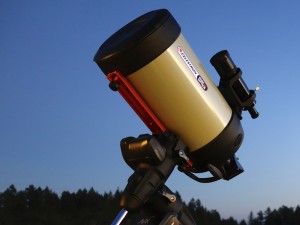 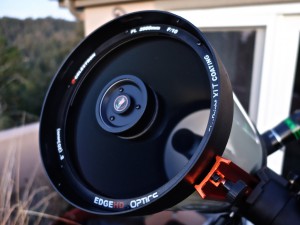 It’s pretty overwhelming how much there is to learn, particularly when you get into astronomical imaging, but I am certainly enjoying the endeavor.  As such, I’ve decided to put together a little newbie’s guide to backyard astronomy to summarize all the information I’ve been gathering and the choices I’ve been making as to gear and setup:  A Newbie’s Guide to Telescopic Adventures

So here’s a bit of first light through it – imaging a portion of the Orion nebula.  Mind you, I’m just starting to get into this and this is just a newbie’s single, 16-second exposure to catch a bit of color: 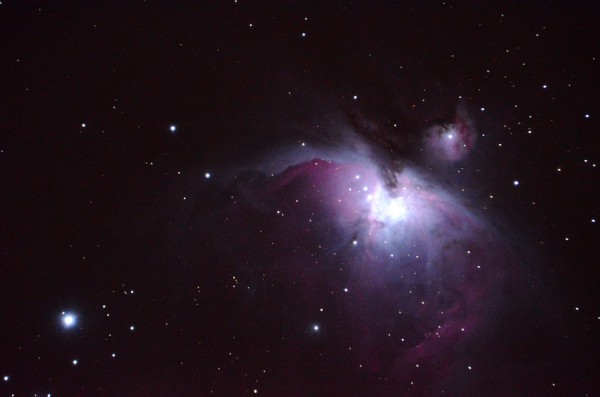