I went down to the NASA Ames Research Center / Moffett Field this morning to watch the flyover of the space shuttle Endeavour on its way to a museum in southern California. 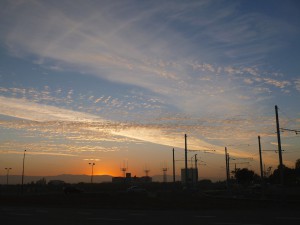 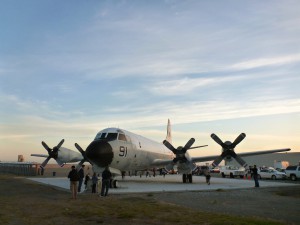 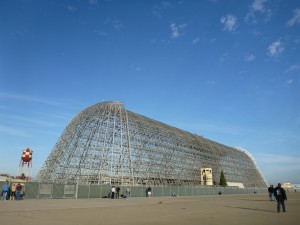 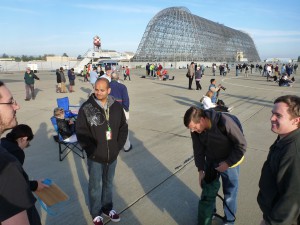 There were a number of booths set up showing some of the science and technology developed at Ames to support the shuttle program as well as a number of guest speakers including a couple of shuttle astronauts. Unfortunately, the host speaker built up expectation a bit much by describing how the shuttle and its 747 carrier were expected to come down the length of the runway potentially as low as 200 ft.  As the supposed 20,000 of us were gathered along the length of the runway, this would have been quite spectacular to see.  Alas, the pilots clearly had other plans. 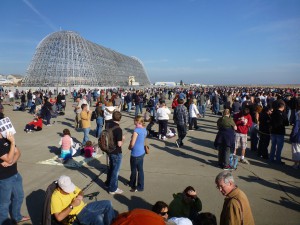 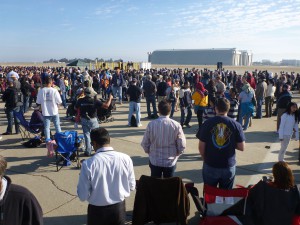 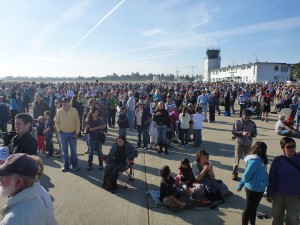 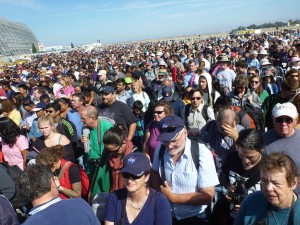 After we were told the shuttle was approaching, it was the escort jet that became first visible and we were all watching *it* as the shuttle itself made a stealthy approach hidden behind the large hanger frame on the opposite side to the runway.  It was nearly on top of us when it popped into view and everyone turned (and hastily swung their cameras around) to see it fly over — at a more mundane 1500 ft or so.

Here’s a short video I created of the event: 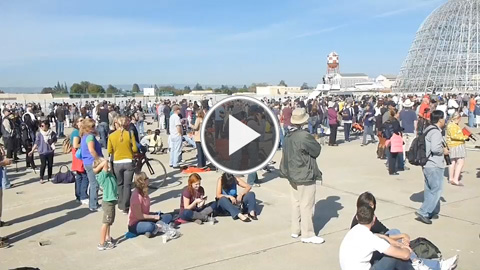 Still it was fun to get to see it with the big crowd and to hang out with others while waiting for its appearance!  I was there with the Geek Club Meetup group. 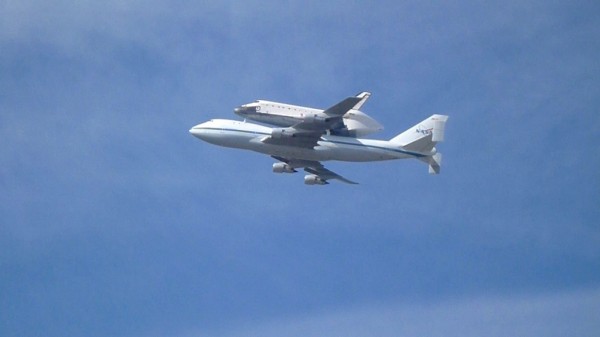 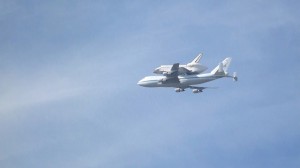 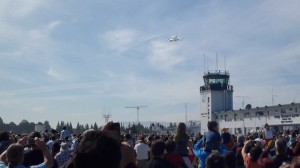 Here’s a great time-lapse video of the shuttle being maneuvered along the streets of Los Angeles.